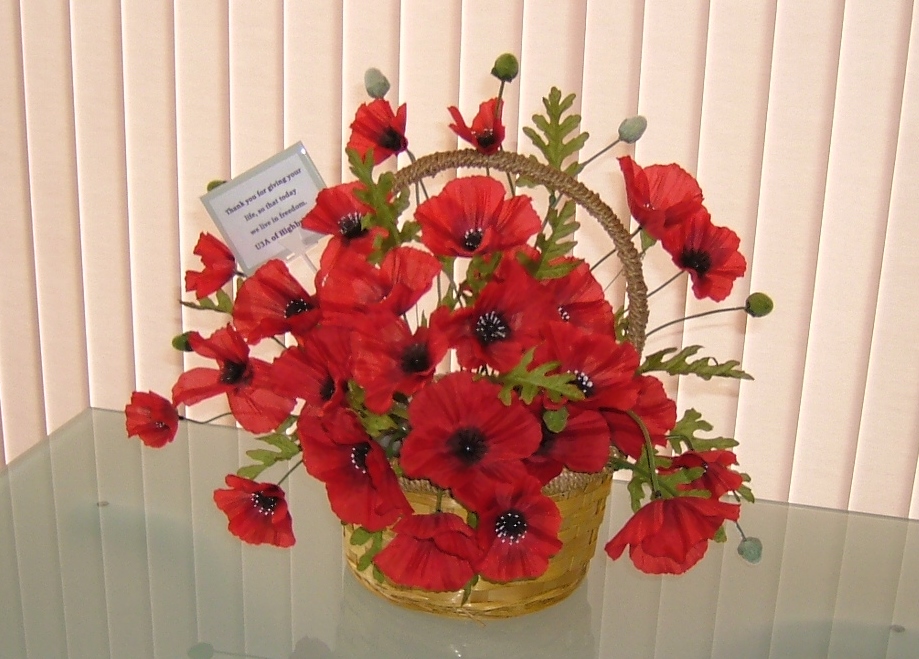 Some time ago Jean Williams who runs our Floral Art Group suggested we (U3A) could produce a wreath or equal to mark the WWI centenary.

Fay and Ken Burston on a recent visit to the Memorial Arboretum purchased some poppies, to which were added poppies bought by Vour Orchard, and the basket shown on photo below was the result.

It is proposed the ‘tribute’ is placed on the War Memorial at Southwell House on Monday the 4th August by U3A Chairlady Pearl Price and others following the Card Making session.